Fantastic fungi review - how mushrooms could save the world 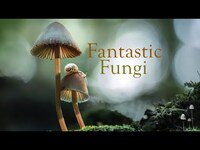 The documentary "Fantastic Fungi" takes a closer look at the mysterious and often overlooked world of mushrooms and fungi. The film features interviews with experts as well as stunning footage of these fascinating organisms in their natural habitats.

One of the things that makes mushrooms so interesting is their vast diversity. There are estimated to be over 1.5 million different species of fungi, and many of them remain unknown to scientists. Mushrooms come in all shapes and sizes, and they can be found in environments ranging from tropical rainforests to arctic tundra.

Fungi play a vital role in the environment, performing essential tasks such as breaking down dead matter and recycling nutrients. They also have an important role in the food chain, serving as a source of sustenance for many animals.

Despite their importance, fungi are often misunderstood and feared. This may be in part due to the fact that some mushrooms can be toxic. However, with proper identification it is generally possible to tell which mushrooms are safe to eat.

The documentary "Fantastic Fungi" provides an introduction to the wonderful world of mushrooms and fungi. It is a fascinating look at these amazing organisms and their important role in the environment. Anyone interested in this topic will find it enjoyable and informative.